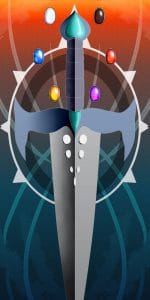 In a galaxy very different from our own, four factions live together in relative peace. The mighty and prosperous Empire of the Suliriens rule the core systems of the galaxy. The fearless and ruthless Vegarel Pirates of the Vega Systems roam the eastern parts of the galaxy. The cunning and powerful Hilvetians traders trade from the south of the galaxy with the rest of the universe and the mysterious and exotic Ulrichiens practise their magic in the Northern forgotten realms of the galaxy.

A new team has been assembled by the leaders of the Four Factions. Dangerous murderers are roaming the galaxy, attacking blindly and everywhere. Panic could spread in minutes… What will it take to stop the Demons?