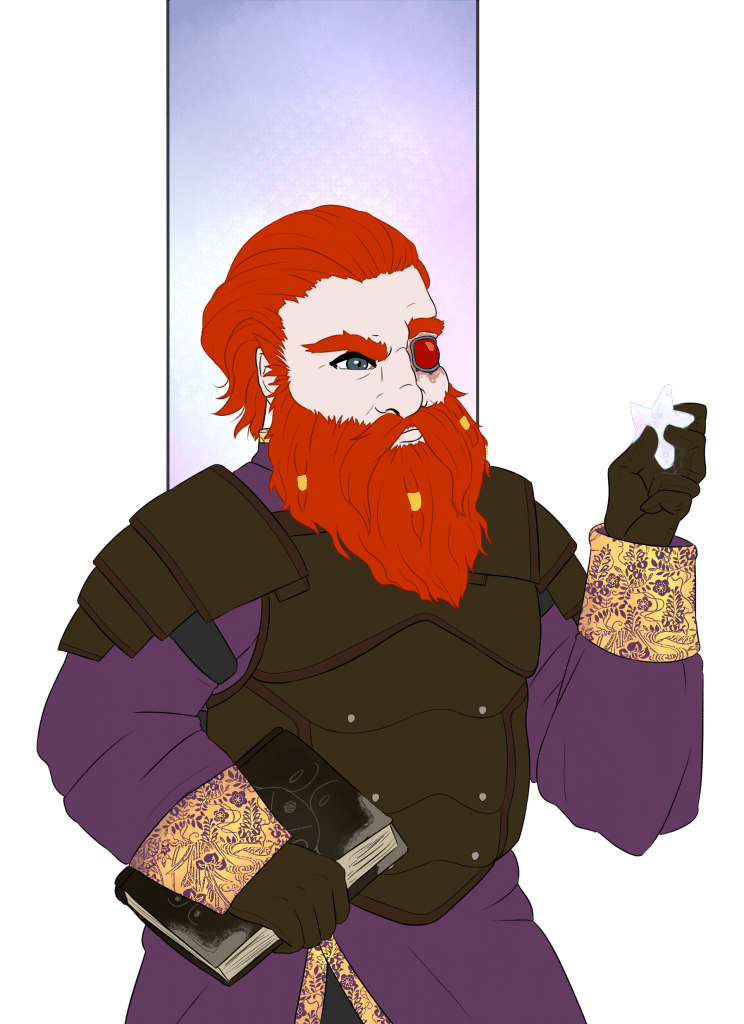 Trephor Minerva was born on Aton IV in 1803 A.S and was the only child of the Minerva family. His father was a trader of the Guild of Spices and his mother was the Ambassador of the Sulirien Empire in the Hilvetian Confederation. Trephor Minerva had a regular childhood, living in the Minerva Estate of his family. He had a few friends but his closest one was Gavryn Gage with whom he had a great bond.

Trephor’s mother was murdered when he was young, leaving him with a great distaste for politics. He entered the Academy of Aton IV where he learnt the craft of engineering. Despite being very bright and skilled, Trephor was often reckless and even though he did succeed in not getting expelled from the Academy, he never graduated. Fresh out of school, Trephor married Keaya Saedi and continued working in his family’s estate as a mechanical engineer. He became a father in 1826 A.S with the birth of his daughter, Hera Minerva.

His father died from Phrygian Fever, leaving him sole heir to the Minerva Estate when his wife divorced him and her family took over the estate from him, stealing both his home and his child in the process. Trephor Minerva lost his arm, trying to resist eviction from his home.

Trephor went away from Aton IV and worked in many different places before being called by the Meeting of the Elders in 1832 A.S on Aton IV where he joined the crew of the Constellation as their main navigator. During his time on the Constellation, he discovered that his childhood friend Gavryn Gage had married his ex-wife Keaya Saedi who together had a child. He also discovered then that he had a baby son that had been kept unknown to him by Keaya: Denethos Minerva.

Driven mad by grief and anger, Trephor accepted the favour offered by the Gifter and asked him to remove Gavryn Gage. During the Battle of Marlingorr, Gavryn Gage was killed. Realizing what he had done, Trephor began to make amends to his group and his ex-wife, improving the relationship between the two of them.

Trephor Minerva died on Cronos, killed by one of the traps of the Black Hand Cartel but was revived by the grace of the Goddess Thesar. For several days, Trephor has been working with Orion in saving his memory banks to make sure that a memory wipe of Orion’s data banks would not kill him completely.