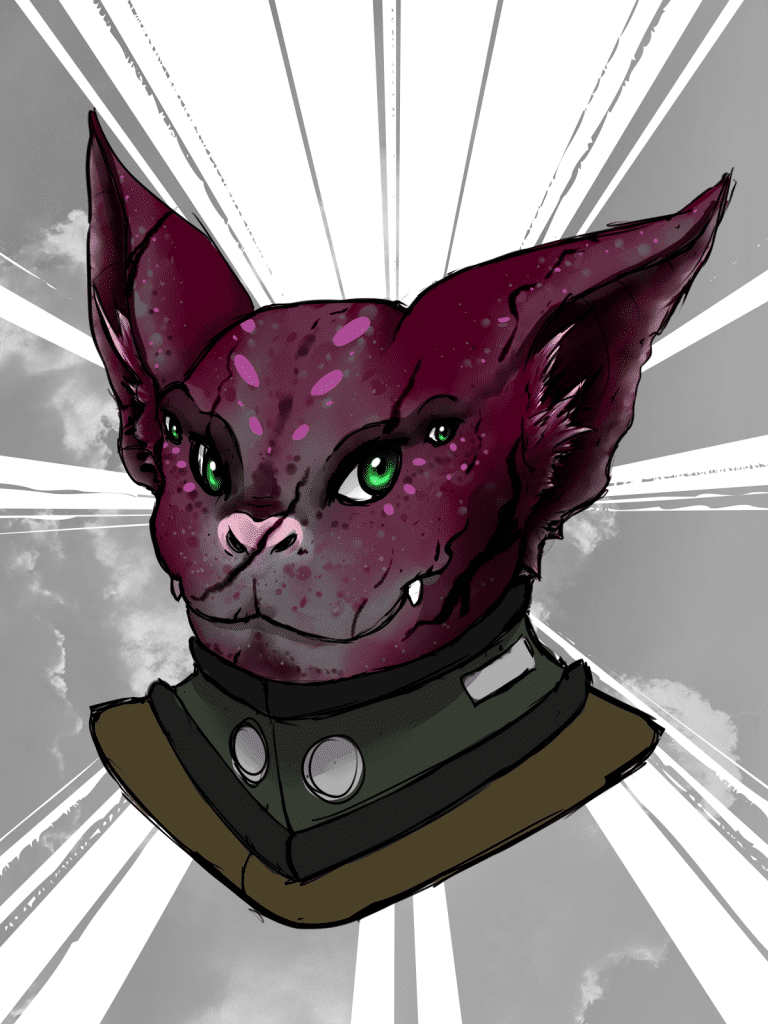 Mahrden Mahrahzoo was born on the swamp planet Atrig III in 1827 A.S. He never knew his parents and was a lone child which is uncommon for Xzaffens. His childhood was miserable and he lived in extreme poverty in a brothel. He was the leader of a group of friends though in his childhood and some of them are still in contact with him nowadays. He learnt his trade as a saboteur by himself with great difficulty and physical torment but he became one of the best in his trade. Mahrden Mahrahzoo became an agent of the God of Chaos, Kaleb, strongly believing in his work and prophecy. He was included in the group of the Constellation by the trio of the Elders in 1832 A.S and met with the rest of the group.

Creating a strong bond with the group and especially Brandiven Chancey with whom he fell in love with, he was able to fight off Kaleb’s hold on him and redeem himself from an agent of chaos. He is now working as the main engineer of the Constellation. 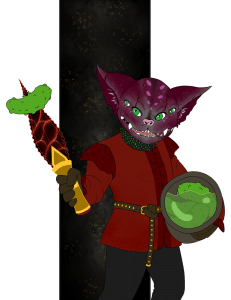