Nemmonis Kriv was an only child, born at home. He knew both of his parents, but they were killed in battle when he was young. As war ravaged his homeland he was raised by his aunt and uncle in an apartment in a rundown neighbourhood. Eventually, he could no longer ignore the war and he became a soldier, fighting became the only life he knew. He refined his talents by fighting the people who crossed him.

After returning from the war, Nemmonis joined the Zhentarim, and on his last mission, he was sent to retrieve the Weevil, a thug with some promise for the Black Network. He introduced himself to the party as a bounty hunter eager to collect the reward for turning in the Weevil at Mirabar.

Working with the group of adventurers, Nemmonis was able to render the Weevil unconscious, but his true allegiance was revealed. While Luze called for calm and restraint, Chupacabra executed Nemmonis. His body disappeared during the night. He awoke a little while later, with a group of strange wizards bearing symbols that he didn’t recognise. He was surrounded by a Cult devoted to Dragons, not the Zhentarim, and they pressed him into service once again.

After they trusted him, they sent him back to Xantharl’s Keep, the location that he had originally been killed to lead a raiding party to gain treasures and slaves from the town. Once again he was met with the same group of adventurers who nearly killed him a second time, but Luze once again stood up for him, threw herself in the way of attacks that would have caused him to fall. A Silver Dragon called Rinn arrived on the scene and offered him the chance at redemption by turning against the dragon cult and infiltrating them to discover and hopefully foil their plans.

He found his way to a small castle keep and then a hunting lodge, before finding Skyreach Castle on the outskirts of Parnast. While working out the best way to infiltrate the Castle, he was reunited with Chupacabra and made new friends in the form of Lortac and Claire, and together they infiltrated the Castle. Once inside they killed a number of cultists, as well as the evil Cloud Giant Blogothkus, which caused the Castle to fall out of the sky. Everyone managed to escape the crashing castle with their lives, and Nemmonis and his new friends looked to follow a wizard they had seen fleeing from the castle.

Unfortunately, since his return, Nemmonis had been stricken with a terrible death curse, causing him to slowly slip back to the death that he had escaped. After following the wizard’s lead for a tenday, Nemmonis and his new friends were drawing a blank about his location, and so they decided to head back to civilisation. Nemmonis returned once again to Xantharl’s Keep where he found Luze and they started to date based on their shared past experiences. After a month,  and with the Death Curse showing no signs of stopping, Nemmonis and Luze agreed to marry.

A month later still, they married at the Spires of the Morning in Waterdeep in a ceremony led by Sybil Prideblossom. Following the ceremony, a group of demonic creatures invaded the temple and sought to ruin the happy couples big day, but this was swiftly fought off by the wedding party that had gathered to celebrate the special event. 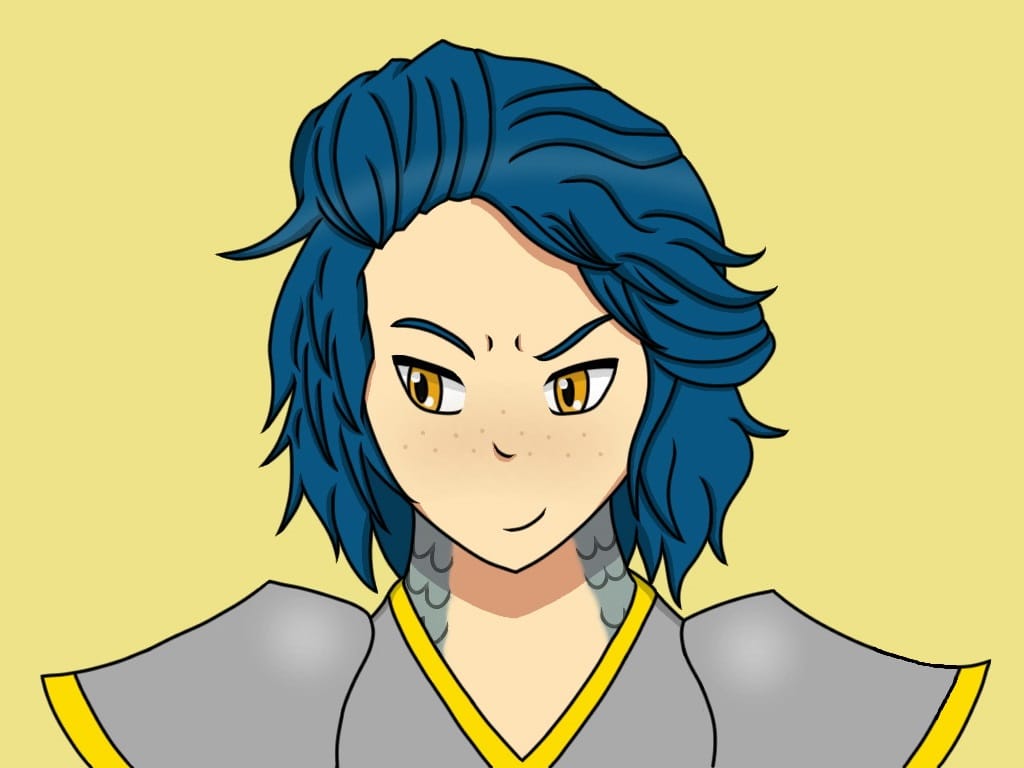 Infiltrating the Dragon Cult – An Assault on Skyreach Castle Prequel

Nemmonis hung on for dear life. He had never liked flying much, and even less so from the feet...

This week I present the playlist of the recurring special guest character, Nemmonis Kriv the former Zhentarim Dragonborn assassin...

This week, Nemmonis Kriv returns with a new playlist based on his adventures aboard the flying Skyreach Castle when...