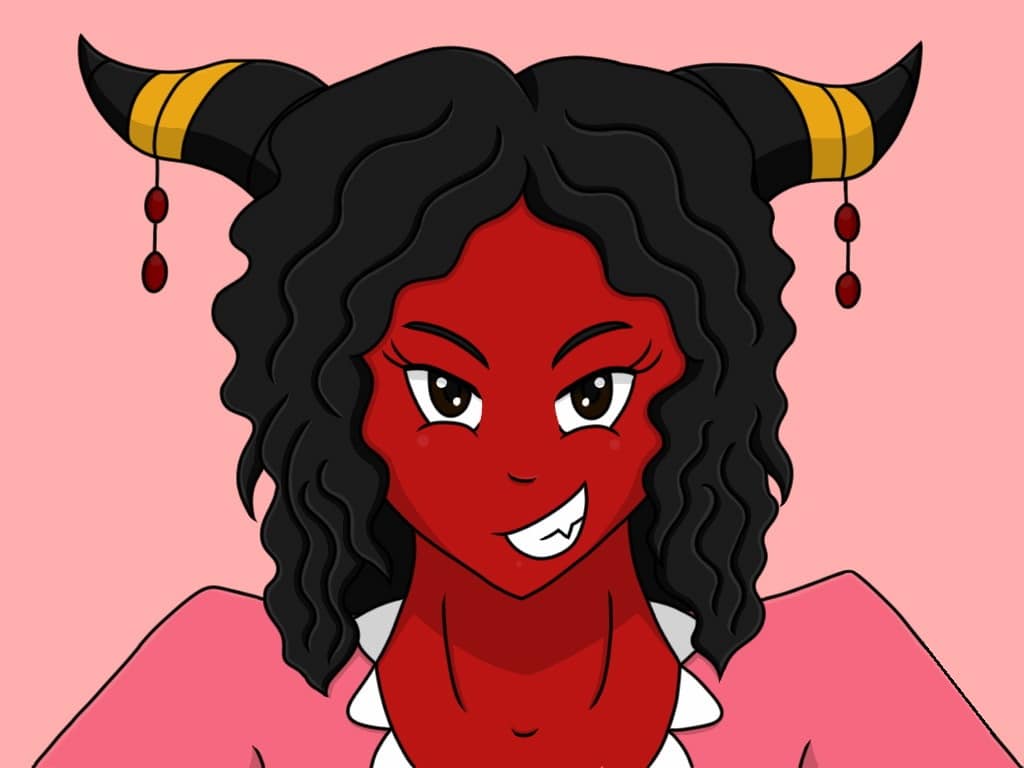 When Morx bought home baby Esk, it triggered parental feelings in Malzire Chernadawn and Calderax Greycastle and they sought out a baby of their own, adopting the four-month-old Tiefling child, Nisha. Nisha grew up and took on some of the flamboyant, performing aspects of her father Malzire and became a Bard of the College of Glamours. When she received a letter from an old friend of her father, Nisha convinced Esk to go and seek out a new adventure together.