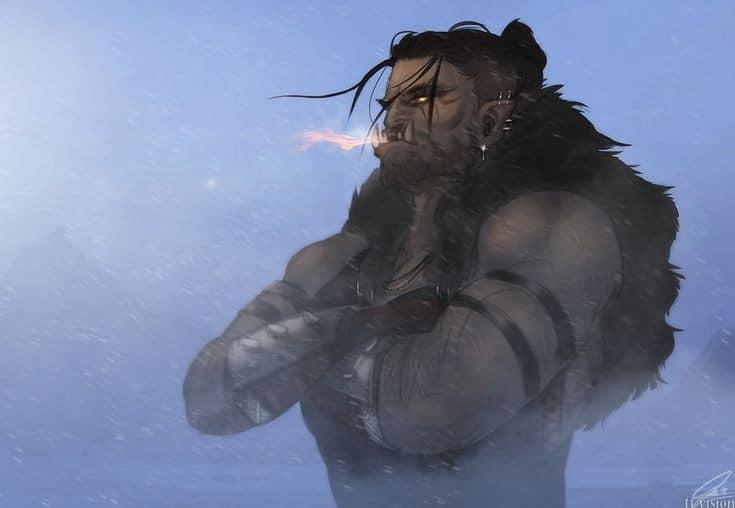 Mord fell in love with the rebellious Caelynn Liadon and they got married to each other with the blessing of Mord’s tribe, who saw this as a great step forward towards being accepted. Sadly Caelynn made a deal with a devil, desecrating an ancient orc artefact in the process and causing Caelynn to be hunted by the tribe’s enforcer… Mord himself. Caelynn fled and was turned to stone by an evil ring. Mord hunted for years for the love of his life, hoping to be able to bring her to justice and be reunited with her. He was approached by Petrona and the shady members of the Zhentarim he joined forces with them under the agreement that he would take Caelynn and neither of them would be harmed.

Upon meeting again with his wife, Mord managed to arrange a peace settlement, Caelynn would return to her tribe and stand accused of the crimes and face judgement, after the group defeated Petrona and rescued Fenthwick’s mother. Mord assisted in finding the warehouse that Petrona was using as a base and then the following morning prepared to take the group back to his home so that Caelynn could stand up to the elders. When Caelynn faced trial by combat, Mord watched on as his wife and her new friends won her freedom and acceptance back into the tribe and they were once again reunited. After a passionate night, he and Caelynn were slightly delayed in heading to the Cloud Giant castle but joined the group in the effort to take it over. Caelynn. When Briar died during the takeover of the castle, and Caelyn was revealed to be pregnant, Mord and Caelynn split from the group and headed back to Waterdeep to live in the Liadon Estate. 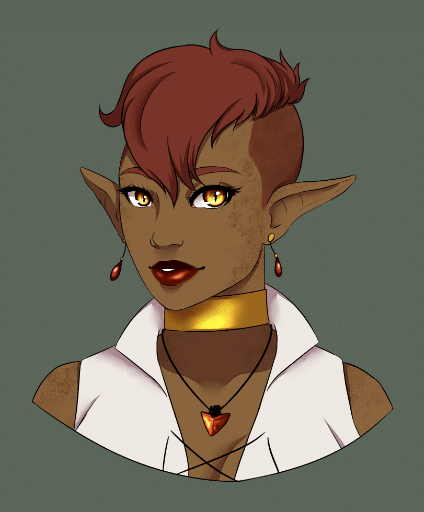 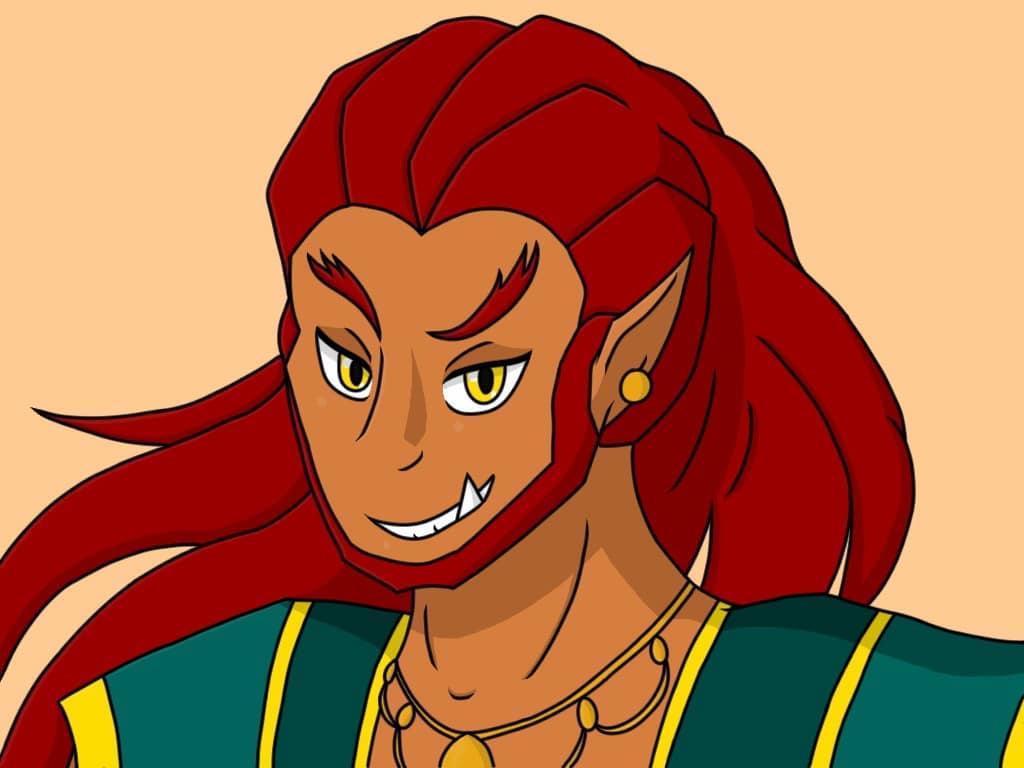