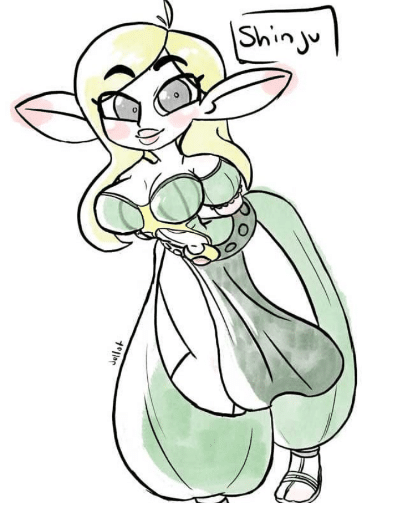 Shinju was performing on tour trying to raise the funds for a special project. While in Xantharl’s Keep the town was besieged by members of the Dragon Cult and she joined the crew of the airship to fight back against this threat. The following morning she enjoyed a breakfast with the crew of the airship, who was slightly depleted with the loss of Luze and Chupa, Shinju introduced the group to Lunar, Jaghol and Briar.