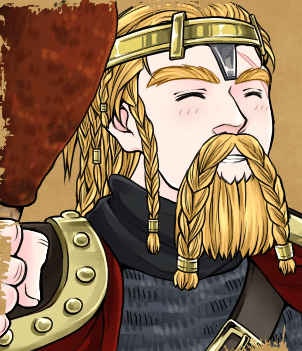 Jaghol knew his parents and was born at home. He has two older sisters, who are both alive but doing poorly at the moment. Their upbringing was poor, but they lived in a large home. Others saw Jaghol as different or strange, but he has a few friends.

When Jaghol was growing up, he became bored and turned to crime to pass the time, and discovered that he was actually quite good at it. Although he had always been a devout follower of Lathander, it wasn’t until he completed a pilgrimage with Shadi the Tiefling Monk, that he knew his true calling.