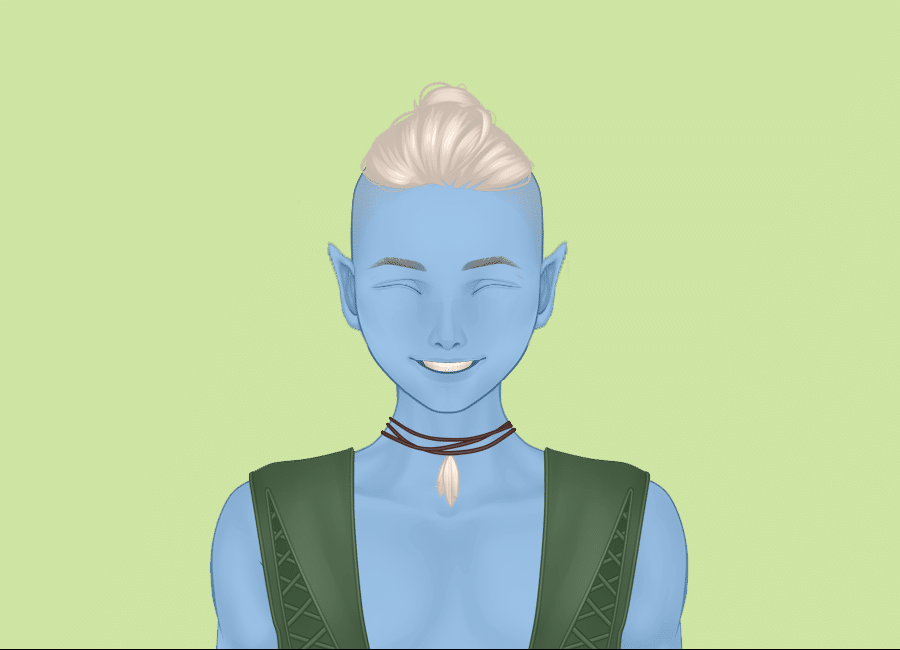 Hau was orphaned at a young age and was taken into a monastery at the top of the mountains where the monks worship the wind goddess Akadi. Hau spent his formative years in the monastery until he reached the age where he had to undertake his pilgrimage into the world. The head of the monastery took Hau into her office and offered some advice, hoping to ease the young Genasi into a safe trip into the wider world, knowing that he had no experience outside the walls of the monastery. While wandering between towns, Hau camped under the stars in many places, until he met with Pyralis, who showed him what a tavern was, and how he could rent a room. Believing that Akadi guided him to meet Pyralis and that she would aid him in the completion of his pilgrimage, and finding Ember the Fox too adorable to leave, Hau and Pyralis started travelling together, until they met with Malzire and Calderax of the Golden Tooth.