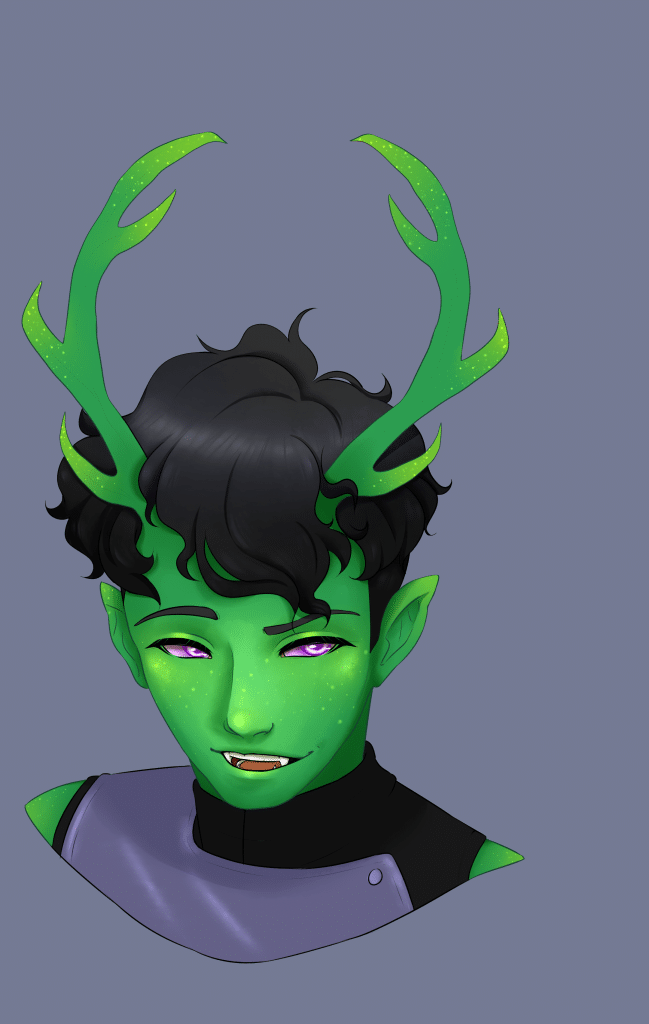 Borrowed was kidnapped a few days after he was born and taken to the Feywild by an archfey called Bluebell, or Blue for short. Recently he found that his adopted father had gone missing and that Borrowed himself was stolen at an early age, he managed to return to the Material Plane via a portal and went looking for Bluebell. He found himself on the mysterious island of Sparrow Falls, an island where he came into contact with a number of mysterious red crystals which turned out to be the crystalised blood of a dead Goddess. While he was there he made a lifelong friend in Hector Hopsworth.