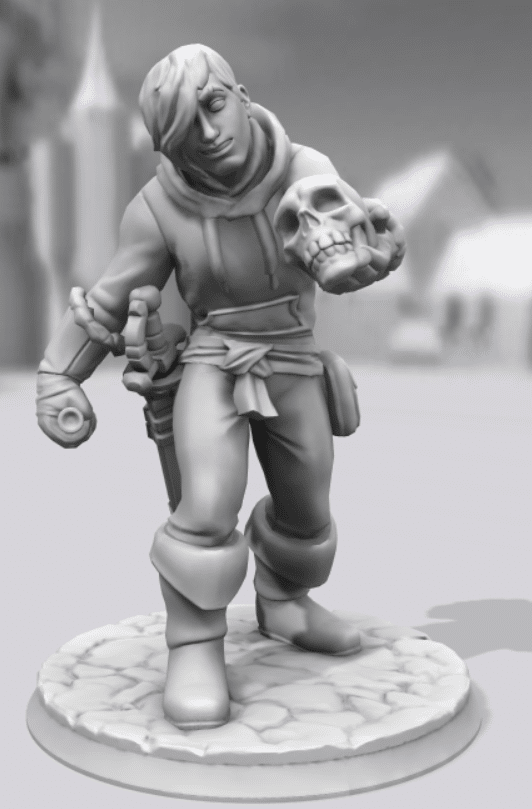 Bax was found as a child and raised by an elderly woman he knew as “Grammy”.  One day he came home to find her brutally murdered with the weapon left behind – a dagger with a unique symbol carved into the hilt.  Bax took this dagger along with Grammy’s skull and travelled in search of revenge.

Bax’s investigations have led him to the Dessarin Valley where he finds that his own quest for vengeance is but one small part of the events unfolding there.