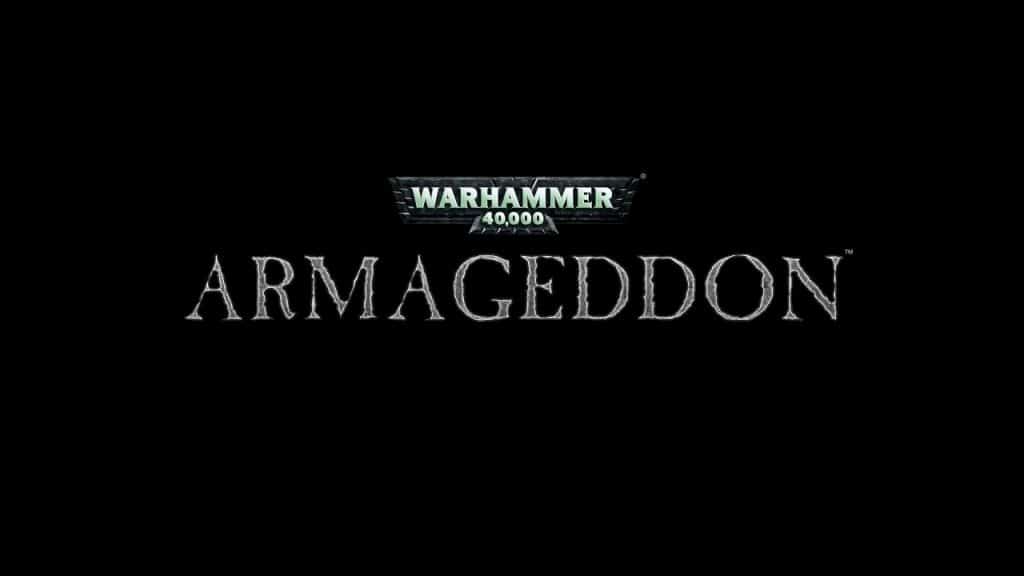 In the grim darkness of the far future there is still war.

The Lordz Game Studio and Slitherine have recently released the latest DLC campaign for their take on the Warhammer 40,000 univers – Golgotha. Set thirty-four years after the Second Battle for Armageddon, Golgotha tells the story of Commissar Yarrick chasing down his arch-nemesis Warlord Ghazghkull Thraka (don’t ask me how to pronounce it!) to the Ork-held world Golgotha, there to put an end to the Ork menace once and for all. Those of you who know your 40K lore already know how this will turn out…

The Golgotha campaign DLC is designed to be played after the main Armageddon campaign for several reasons – first, from a story point of view, it makes sense to experience the battle of Armageddon and the ultimate victory of the Imperium before learning what happened to its principal characters afterwards. Secondly, the missions are a lot harder this time around, so anyone who has only played the first few missions of Armageddon and haven’t been through that learning curve will have to hurriedly rethink their tried and true tactics (I may or may not be one of those people).

As this is a mission/story pack DLC there is very little in the way of new features. As such the gameplay is the same as the core game, which is no bad thing by any stretch of the imagination. It means that veterans of the battle can jump straight in with no delay. The pack consists of ten story missions, telling the tale of Yarrick’s hunt for Thraka. The main difference here is the player’s faction. Where as previously the player was in charge of the Armageddon Steel Legion, here they are given command of the Mordian Iron Guard, which has its own play style and tactics.

As I said, missions are more challenging and can have multiple objectives, all of which must be met to successfully complete the mission. For example, the first mission sees Yarrick’s forces establish a beachhead on Golgotha. The objectives here are as follows: Hold one of two Ork camps by the end of turn 15; do not allow either landing zone to fall to the enemy; do not allow your command squad to be killed; do not lose more than four units throughout the mission. It’s a lot to keep track of, so you’ll be splitting your units to both advance on the enemy and defend your landing zones.

There is another factor in play as well, which explains the four-unit casualty limit. You are part of an expeditionary force which, while obviously large enough to get the job done, is not unlimited. On Armageddon you had the support of hive cities and factories to provide you with troops, walkers, tanks, aircraft, even titans. Here you only have what came on the ships, and as a result, units available for purchasing are greatly limited. This means that every unit counts and every casualty is an even greater loss than before.

I mentioned earlier that the gameplay is identical to the core game and indeed it is. Select a unit, move it to a new position and/or attack an enemy with it. Even then I found that I was learning new tricks – they were always there but I hadn’t really appreciated them before. For example, you can move or shoot in any order. As the battle went on and my forces started taking hits, I found it was better to shoot at the Orks then retreat a couple of spaces. I also discovered a map which shows the whole area, with your forces and the Ork forces clearly marked. Obviously I haven’t played the core game enough!

The individual units within the game hold to their tabletop battlefield roles quite well too, again this was something I hadn’t fully appreciated before. Walker units are nimble, able to circle around enemy formations and take potshots from a relatively safe distance. Tanks are slow and designed to go up against enemy vehicles and gun emplacements. Infantry units are designed to stand toe-to-toe with each other, trade attacks and soak up damage, wearing each other out through attrition. This is also reflected in predicted outcomes – a walker or tank may only have the potential to take four or five points from an infantry unit, whereas another infantry unit would do better, dealing fifteen or even twenty points worth of damage. There is a lot of tactical depth in this game which may not be readily apparent, especially at the lower difficulty levels.

Yet again the dialogue cutscenes deliver on the story and lore front, with Yarrick commanding the expeditionary force. Here your character – presumably the same character from the original Armageddon campaign – is an integral part of the force, with the colonel under Yarrick giving you specific orders. It’s always nice to get some respect in a game, even if it’s only from a talking head. You are also represented on the battlefield with a command squad, which is required to survive as an objective. It adds a nice bit of personal stake to the campaign.

Once again I haven’t found much in the way of bugs or issues and I found myself enjoying it all over again. Ten missions may sound short for an important part of the Armageddon storyline but I have faith that it will do a fine job. Looking at the mission titles on the Steam description I can see that the story is pretty much intact and, should I get that far, it will be interesting to see how the events are interpreted.

Yet again this is a game that fans of the Warhammer 40,000 must try. The story of Yarrick and Thraka is incredibly compelling and culminates in one of the bloodiest wars in the entire 40K setting. I hope that Lordz Games and Slitherine will continue to collaborate on this storyline as there is still much ground to cover. So, to sum up, Yarrick is still awesome, Thraka is still a threat, and Von Strab continues to be the greatest waste of flesh and bone born in the last five hundred years.