From the moment that I watched the opening cinematic of a woman scaling a snowy mountaintop with a Sherpa as her only companion, a pack of wolves emerging into the light from a dark and hidden cave, and her twin pistols dispatching of them all in quick succession, I was officially in love with Lara Croft. 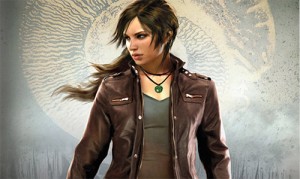 Luckily for me, my original PlayStation came as part of a bundle of games. Worms, Rayman, Total Driving and Tomb Raider. I have no doubt that if it had not come with Tomb Raider, I would have still picked up a copy at some point, but that is where my over a decade long love for Lara Croft began.

I still remember the first time I battled with the T-rex in ‘Tomb Raider’, with such vividness that I remember every hiding place and the fear as I wielded my pistols against it. I remember in ‘Tomb Raider II’ whizzing through the flooded streets of Venice, trying not to blow myself up on mines (Unsuccessfully I might add). I remember in ‘Tomb Raider III’ traversing the corridors of Area 51 itself.
The games for me back then were magical, just like a good TV show you never knew what far reaches of the globe she would travel to next, what foes or mysterious relics she would uncover.
Before the likes of Nathan Drake and with more finesse and grace than Indiana Jones there is only one Tomb Raider.

But those were the golden years of Tomb Raider. I know that the new games are grittier and edgier, with more realism and better graphics. But for me and my 90’s nostalgia for the woman who could hold her own among the men and the beasts of the world, Lara Croft will always be that pixellated, triangular breasted woman who will remain in my heart. 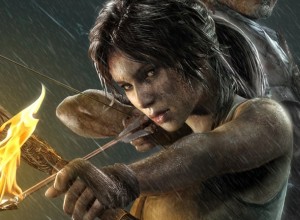 Lara started down on her darker and grittier line somewhere around ‘Angel of Darkness’ but it was not until the reboot of ‘Tomb Raider’ in 2013 that the once unbeatable Goddess of the gaming world seemed to meet her match on the remote island of Yamatai.

In the 2013 reboot we met Lara not as the seasoned veteran that we remembered, but as a girl unhardened by her lifestyle. She soon found herself fighting for her life and that of her stranded crew, as she survived in a MacGyver-ish fashion of searching for scraps and animal carcasses to craft herself a bow or some weapon upgrades.

‘Tomb Raider: The Ten Thousand Immortals,’ written as a collaboration between Dan Abnett and Nik Vincent, picks up after the 2013 game and acts to bridge the gap between it and the newest game ‘Rise of the Tomb Raider’, which was released in 2015 for Xbox One but will not be arriving to PlayStation 4 until later on this year. However between the ‘Tomb Raider’ game and this book there is also a Tomb Raider comic book that is canon and begins straight after the events of the Island.

I was confident that without having read this comic I would still be able to fully grasp what was happening in ‘The Ten Thousand Immortals’ and I was right, so if you are put off that there may be some story missing, don’t be . 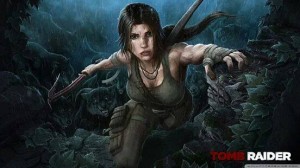 Reading the book without having played the 2013 ‘Tomb Raider’ game I would advise against however. The book focuses heavily on events from the game and even though I had played it I still struggled to remember certain parts, such as the Sun Queen that tried to take over Lara’s friend Sam whilst they were stranded.

As expected the book finds Lara experiencing some pretty intense PTSD, full-blown panic attacks and vivid memories of her stay on Yamatai and the people that she had to kill and the revelation that the Sun Goddess was real.

Sam does not seem to be doing much better with dealing with the past and soon finds herself in hospital, reeling from what occurred.

The premise of the book is based around the search for the infamous Golden Fleece, once in the possession of the great Jason of ‘Jason and the Argonauts’. The fleece has supposed healing powers and may be the only thing that Lara can give to her best friend to heal her mind and the effects of her ordeal.

But as with any Lara Croft adventure, Lara is not the only fan of ancient artefacts and relics to be searching for the fleece. She soon finds herself in a cat and mouse game with the other organisations, who have some ulterior motives for wanting to be in possession of one of the most precious items in the history of the world. 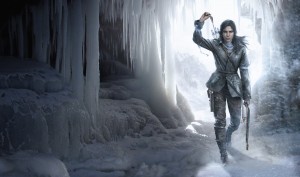 The PTSD that Lara suffers from is a large feature of the book which is interesting for a character that is usually portrayed as being strong, a firecracker of wit and intelligence. In ‘Ten Thousand Immortals’ however she is reduced to a quivering mess on more than one occasion, spending most of her time checking for assailants on the train, bus or any other mode of transport that she embarks upon. Sometimes the episodes are so severe that she suffers full-blown anxiety attacks that leave her debilitated.

It was an interesting way to take the novel, of course there had to be fallout of Yamatai but I did not expect it to be so deep for a game based novel.

That is not to say that Lara is useless, far from it. She may be suffering but she still kicks some serious butt, and outwits her attackers. Proving that even though you might be frightened you can still accomplish the seemingly impossible. I think it was good of the authors to tackle an issue that many people writhe with on a day-to-day basis.
At some points it becomes a little tedious, especially as she does not really seem to overcome it or at least grow from it. She is still as sceptical and fearful of people at the end of the book as she is at the beginning. I feel it would have been better for some closure if she had a sense of being able to manage it, even if it wasn’t cured. 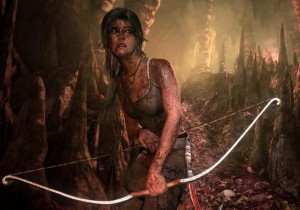 The locations of this journey are not quite as exotic as I am used to with Lara. Gone are the forgotten islands and quaint jungle ruins. Now she visits London, Paris and a Greek Island.

The whole book felt as if it had tones of Dan Browns masterpiece ‘The Davinci Code’ or the other books in the Robert Langdon series. Lara taking on the role of Langdon and trying to uncover the secret of an artefact whilst other powers try to thwart her among the streets of Paris.

However, whereas ‘Browns’ books are steeped in historical references , this seems to only just skim the surface of what could have been. Not really divulging much in the way of archaeological significance in a book based entirely around an artefact.

I found the locations a little bland but I think it was because they were too close to home and I wanted to be transported somewhere else. However the Golden Fleece and Jason and the Argonauts could not really go much farther than Greece I suppose.

If I had one real pang about the book it would have been the fight scenes. Some of them are pretty lengthy and the final battle had me wanting to skip ahead to get back to a progression of plot. Perhaps it would have been more enjoyable if it were broken up with some emotion or logic but it seemed to be a blow-by-blow account with no humanity behind it. 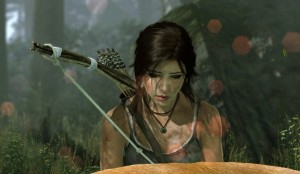 All in all I enjoyed ‘Ten Thousand Immortals’, it was a good sequel to ‘Tomb Raider’ and dealt with the aftermath pretty effectively.

Lara has been developed well and realistically for someone who has experienced a trauma, and we really get a sense of how her mind, or anyone’s mind would function after that.

I was entertained throughout the 343 pages and found myself wanting to know more about Lara, Sam and the mysterious Kennard, who if I am right would be a pretty good match for Ms. Croft.

I guess I will have to wait until ‘Rise of The Tomb Raider’ is launched on the PS4 to get my Lara fix. In the meanwhile I can always play the golden oldies!