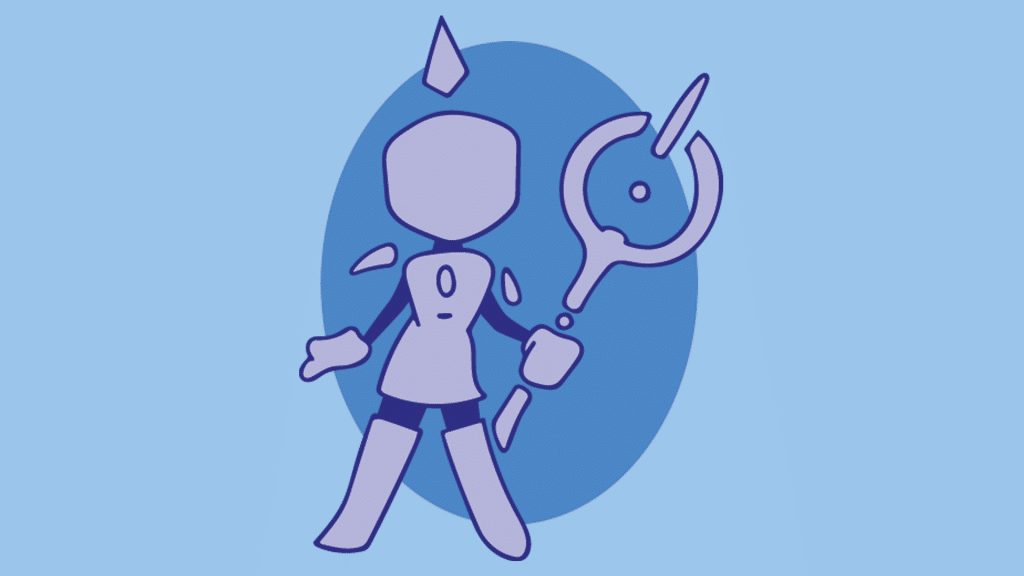 It is generally accepted that the Antari were the first race to inhabit the Land.  Where they came from is a mystery, as is their true appearance.  The few who have seen them speak of beings seemingly made of light.  The Antari on the whole care nothing for the affairs of the wider world, simply being content to live in their forests.  In fact, if not for the disastrous first contact with the young race known as the humans, they may never have left their island.

The humans came suddenly, the gleaming white sails of their ships landing on the shores of the Antari’s island.  They came screaming, waving swords and spears, eager for battle.  However, the humans were to be disappointed as their weapons met nothing but insubstantial air.  No matter how much they tried they could not hurt the Antari.  Days turned into weeks as the men desperately tried to push further into the island only to be frustrated at every turn.

To make matters worse, a freak storm destroyed the human ships, stranding them on the island.  Things looked bleak for the humans – cut off, far from home, their only company a race they had tried to kill – until an event occurred that would shape not only their future but the future of the entire Land.

She called herself Rei-Ki, although to use a word like “she” to describe the being that came to the humans does not even begin to convey the sense of what they saw.  A beautiful golden figure with long flowing blond hair, Rei-Ki met the humans and brokered peace, offering them safe passage from the island in ships of her own design.  Desperate to leave and see their home of Rivertown again, the humans readily agreed to her terms.

But the encounter left Rei-Ki curious about this new race.  Antari had long had the ability to take physical form but they usually did so on occasion, as situations require.  But Rei-Ki found herself taking a physical form more and more, eager to explore the land around her using the senses of touch, taste, and smell.  She enjoyed the feel of grass beneath her feet, the sound of the wind through the trees. More than anything else, she loved food.  Berries, vegetables, she enjoyed them all and was always on the lookout for new things to try.

Along with others of the Antari who found new joys in becoming physical beings, Rei-Ki built a city – Golian, the Golden City.  Shortly afterward she was surprised to see another human fleet approaching the Antari’s island.  This time it sailed under a banner of peace rather than war.  A century had passed since the last ill-fated human expedition and now they had sent a diplomatic envoy, led by Reagan Lakestrider.  Negotiations were held in Golian and it was agreed that a permanent human embassy would be established in the golden city, and trade routes supplying furs, minerals and more importantly food, would connect Rivertown with the Antari island.

As the years passed relations between the humans and Antari grew closer, with some Antari forming unions with humans.  Their offspring were distinguished by golden-hued skin and shining blonde hair, along with a high attunement to magic.  Thus, Golian became not only the capital city of the Antari, it also became the foremost magical college in the land, welcoming students from all parts of the known world.

Rei-Ki herself did not sit idle either.  She guided a race known as the Wild Ones in the forests to the east of the Land in their search for enlightenment, keeping a watchful eye over them as they developed.  Sadly no record of Rei-Ki remains after the Crusade of Lotac the Terrible, however, Golian continues to this day, welcoming those who wish to learn the ways of magic.

Such a person is Mhyra.  Her Antari and human ancestors are long lost in the mists of time, however, her heritage gained from both races still shines forth.  Her golden hair and almost glowing skin marked her out from an early age, as did her gift for magic.  She was quickly sent to Golian to hone her talents.  Her tutors all agreed that she had great potential, indeed she quickly reached a level of proficiency almost unheard of among the mages, especially in the field of elemental magic.

But Mhyra was not satisfied.  She had come to realise that as beautiful and wondrous as the city of Golian was, it was also a prison for those with magical talents.  The grand mages lectured her and her fellows constantly on the dangers of unbridled magic, and even higher level wizards only went out beyond the walls of the city when absolutely necessary.  Mhyra heard tales of folk who would pay handsomely for the services of a mage like her, and she yearned to see more of the Land.

And so, one night, she escaped.  No one knew how.  When the maids came round the next day to clean her room they found her simply gone.

Mhyra now travels the Land, doing work as she finds it and exploring more of the wonders of the world, looking for adventure and excitement.

Next time: We meet Eveneye Runewood Ironheart Cloudheart, the cleric.