The Soundtracks of Our Years: Volume I

Games have longed entertained us, but, without their sounds and score they would be a very different experience. Music has been used in life and movies to announce arrivals, sad times or reflective pieces. Those games we play are no different, but where other mediums have music as passive the way we control our games gives us a visual input to make our experience better. Controlling the perfect angle as your character jumps over rooftops, a strong choir as waves of enemies close in on you as your guns run dry. All of these are reasons games as such a unique experience.

Here are some tracks from various games, not the most memorable such as Mario or Guile’s Theme, but those that add to a game’s atmosphere. Enjoy. 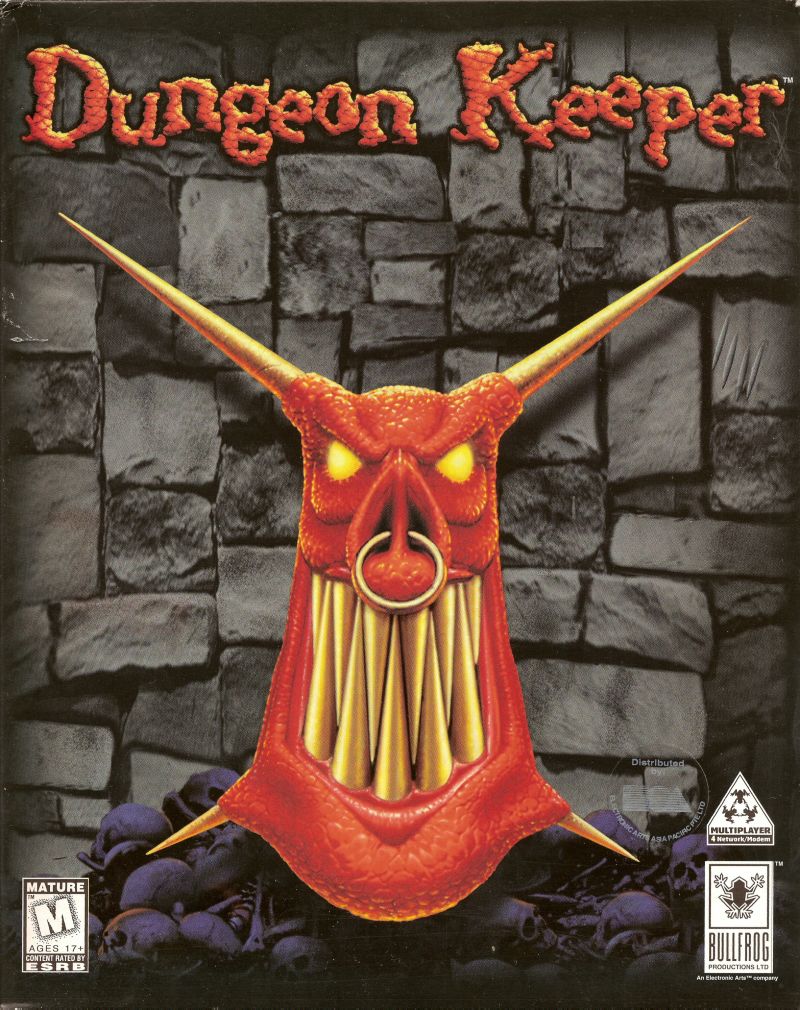 Dungeon Keeper boasts one of the best dark and ambient soundtracks. The creepy style life breathed into your underground domain with the inclusion on echoing doors, drips, screams; creating a feeling of vast darkness where every nook, cranny and crevice holds a waiting evil. ‘Level 1’ holds a beautiful mysticism and calm of the world you are about to ravage. ‘Mastering the Dungeon’ in contrast provides a foreboding worry of what can lurk behind every to-be-excavated wall; riches, a new ally, or the Lord of the Land seeking your demise. 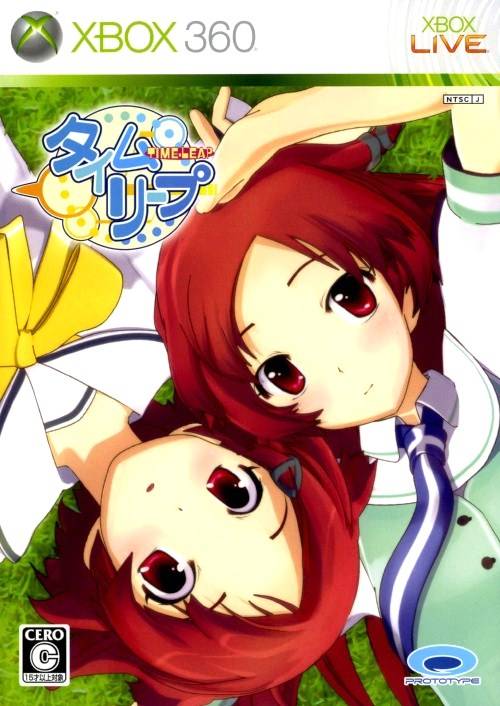 Time Leap is a game I liked due to its premise; the main female protagonist discovering her younger, past self has been brought to the present. How I wish there was an English translation for this game. Only able to understand the gist to Time Leap’s plot through the character’s expressions, via a very good 3D cel shaded engine, ‘Ambivalence’ puts home how torn Ayumu is when she discovers that she can go back to her own time. Having spent a lot of time through the many dialogue trees you get to watch the character’s interact with each other with mirth, and this moment in the game has you feel like you’re losing a friend.

There’s also a sub-plot of whether you want to date and have sex (the animated H-scene for all characters is in the PC version) with the older Ayumu Nagase or younger Ayumu. Nothing says creepy than I like you Ayumu, but I prefer the younger version. It’s Japan.

I have always considered Skate as one of those dream games where you pretty much live a dream you could not otherwise do in real life. Two tracks set themselves apart are ‘Surrender’ and ‘Funeral’ by Cheap Trick and Band of Horses, respectively.

A personal and favourite moment I had in Skate came when I reached the final of the X-Games for the big ramp. ‘Funeral’ kicked in as I was looking to the floor below. The song summed up the journey from practicing and fooling around in the suburbs backed by ‘Surrender’, travelling all the roads of San Vanelona meeting various skaters and improving my skills along the way. Everything led up to this moment and to prove myself. The soft ‘ooo’ as you drop down the ramp, sailing through the air hitting your tricks as best you can time slows down. Landing the last trick with your trauks landing square on the floor ‘Funeral’ kicks in with its high tempo hitting you with accomplishment and self adulation. 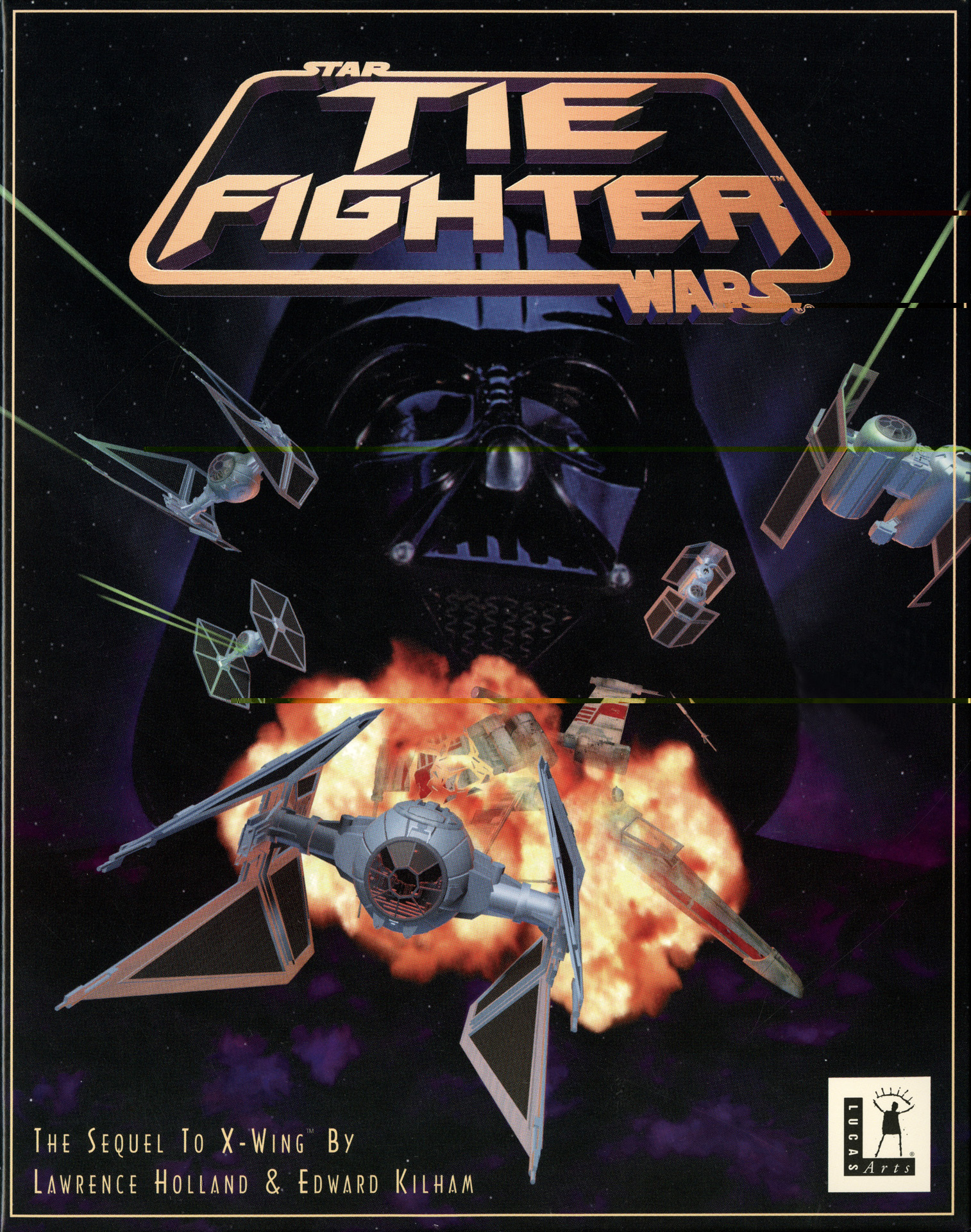 A video game can live or die by its soundtrack, it can immerse you in the world or make your experience disjointed. Black gave us an amazing orchestral opening the game was too sombre to match. TIE Fighter is a game that had to live up to a franchise juggernaut and as a follow-up to X-Wing. TIE Fighter’s soundtrack was powered by iMuse, an audio program that adjusted and merged different tracks together giving the game a dynamic score; events in-game cause the music to change and in doing so no two battles sounded the same. Using the work John Williams gave to Star Wars, the team on TIE Fighter game a heroic sense to what is considered the evil side played through the game’s own march during the title crawl. Serving the Empire never felt so rewarding as you see the rebels from their perspective.

The game’s intro of Emperor Palpatine addressing his Empire and the following attack on a rebel space station was three tracks edited together. The track below is not from the opening cut scene but the individual tracks together.

If you follow Hideo Kojima on Twitter you can see he has an excellent taste in films and music, the latter he wields to heighten the emotional experience in his games. This is reflected best in the Metal Gear Solid series. To name a few: Donna Burke’s ‘Sins of the Father’, Mike Oldfield’s ‘Nuclear’, Cynthia Harrel’s ‘Snake Eater’, and Ennio Morricone’s ‘Here’s to You’.

But, if there was a song to bring about both a sense of nostalgia and emotional outpouring from our past it would be ‘The Best is Yet to Come’. Originating in the end credits of Metal Gear Solid it isn’t until 10 years later in Metal Gear Soild 4 how powerful that song is and the grip is has on your emotions. Solid Snake is old and worn from accelerated ageing in his clone body. Having struggled through various war zones against giant bipedal Metal Gears and a harsh Alaskan blizzard you come to a simple bluff. A single, familiar shape falls into view, Shadow Moses, followed by the signature low pipe in the song’s opening. As you walk around the base unhindered for the first time, you can visit old locations with flashbacks. It brings back the memories of your experiences, and has you weep for a place not seen in so long. You can find yourself standing still with a cold realisation that time has passed ungraciously to an old friend and nemesis, mirroring Snake’s body. It is rare for games to revisit old haunts but MGS4 takes us back to where it all began, giving the now barren level the love that it deserves.

This version of ‘Unholy Voices’ comes from the CD version OST, which was only 9 tracks long compared to the original 13 midi tracks. Similar to Dungeon Keeper, Blood’s soundtrack provides an equally dark score. ‘Unholy Voices’ has an added wail signifying the torment of the souls you have reaped in the past and those you are about to. 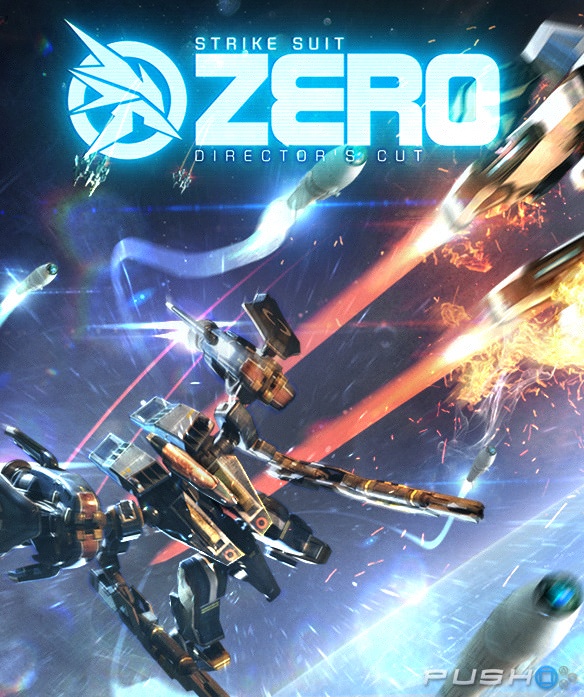 Personally I purchased this game only for the soundtrack after seeing its trailer through Steam. Using a blend of electronic and sound-scape gives Strike Suit Zero a sense of the distant noises of celestial bodies captured by radio telescope. The simple piano notes with Koika’s dirge in ‘Ancient A.I.’ convey the disappearing lights of ships that are falling in the game’s war. The ‘Credit’s’ track gives a happier moment of success in surviving the intense battles with your life. 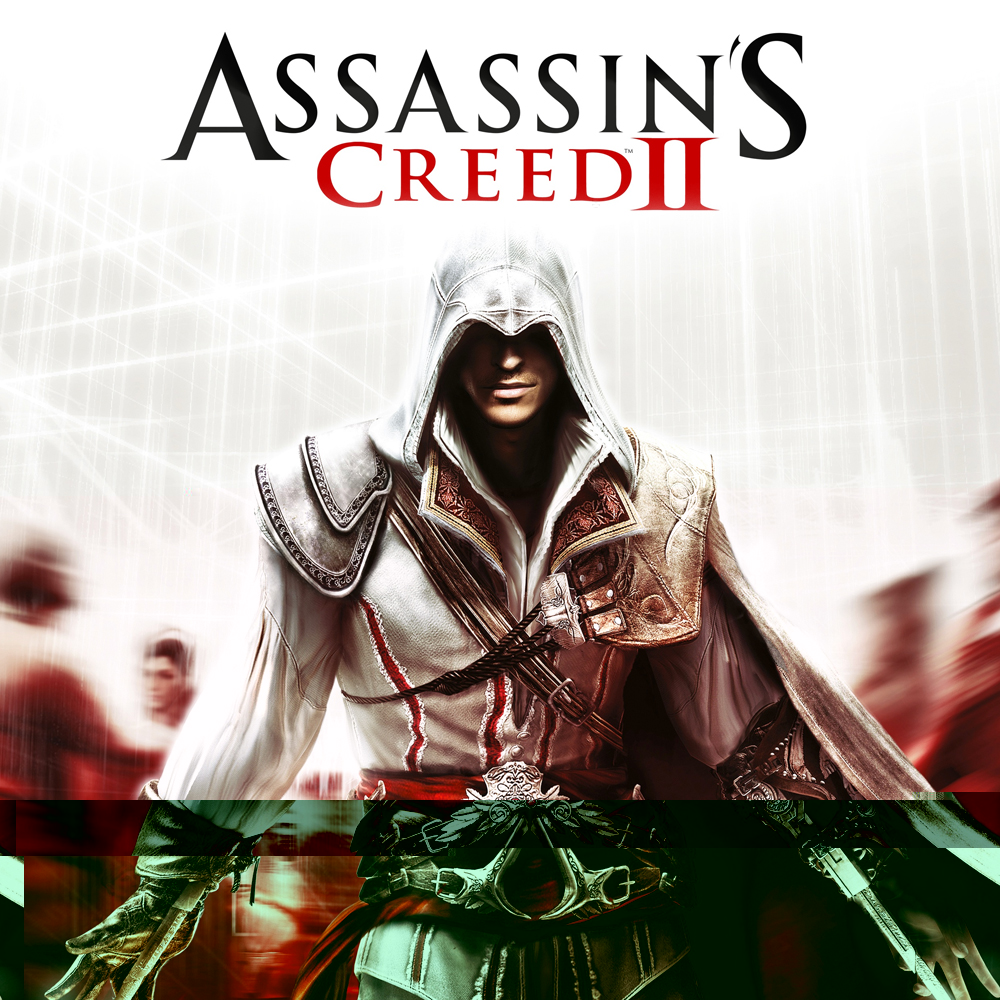 From MDK2 to Hitman, Splinter Cell to Borderlands, Danish composer Jesper Kyd has works on some of the most important games in the industry. Widely considered, with Black Flag nipping at its heels, as the best game in series, Assassin’s Creed II is close to what a perfect entry in a series can be. ‘Ezio’s Family’ starts up at the pivotal moment in Ezio’s life when he sees his family standing at the gallows. The slow intro has a sense of wonder and disbelief of what you are seeing. As Ezio rushes forward the strings pick up knowing what you’re seeing is true. The flight across the roof tops has a build up to a mournful variation of the previous track ‘Venice Rooftops’. 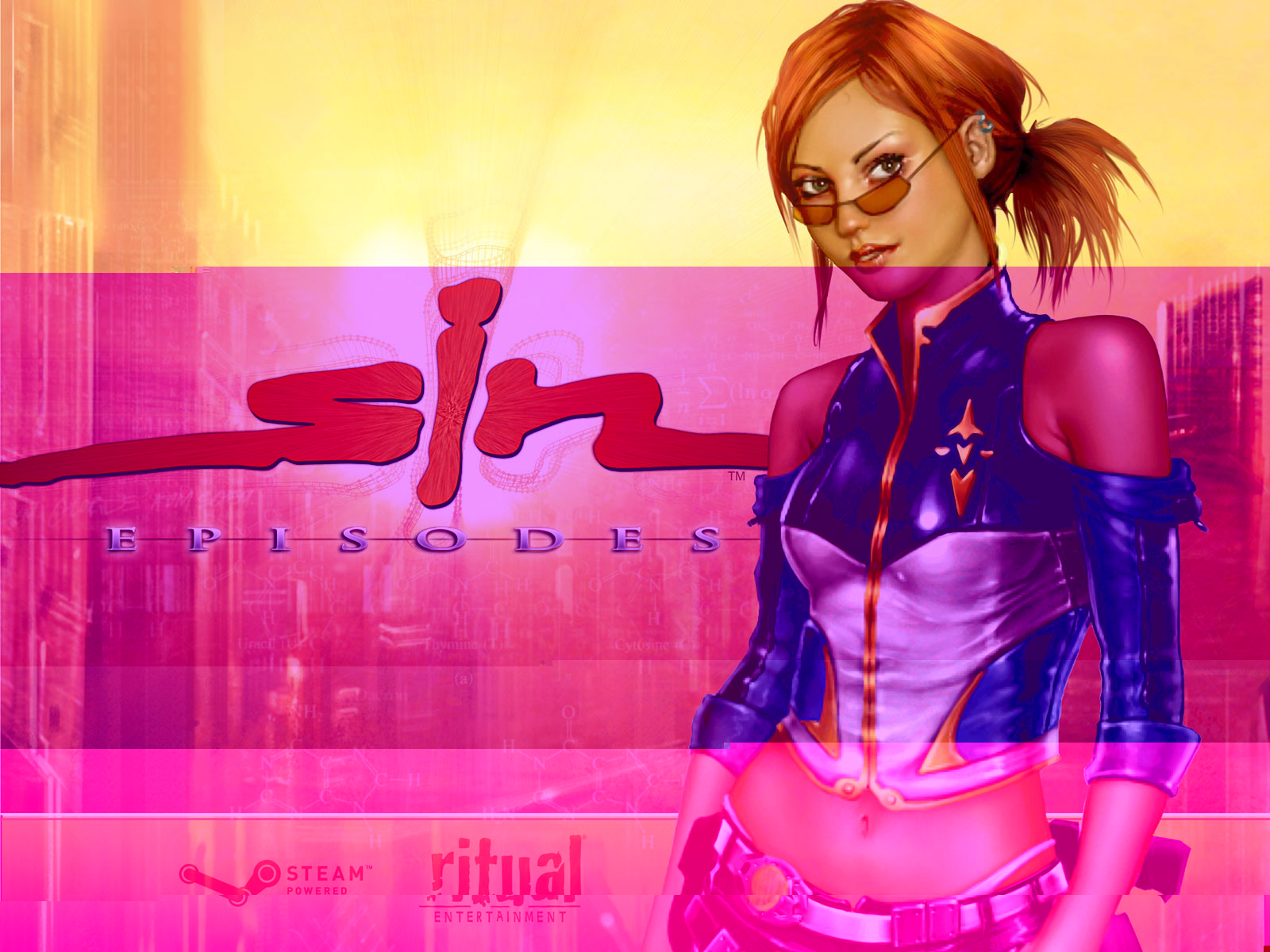 Sung by Sarah Ravenscroft, ‘What’s the World Come To’ is possibly the best song that hasn’t be used as a James Bond opening theme. The game’s compose Zak Belica took a similar style and approach used by in the Bond films and especially what John Barry scored in Goldfinger. Using a central theme is the complete opposite to the in-game soundtrack, which was very disjointed from level to level.