Sherlock Holmes – Evolution of a Detective 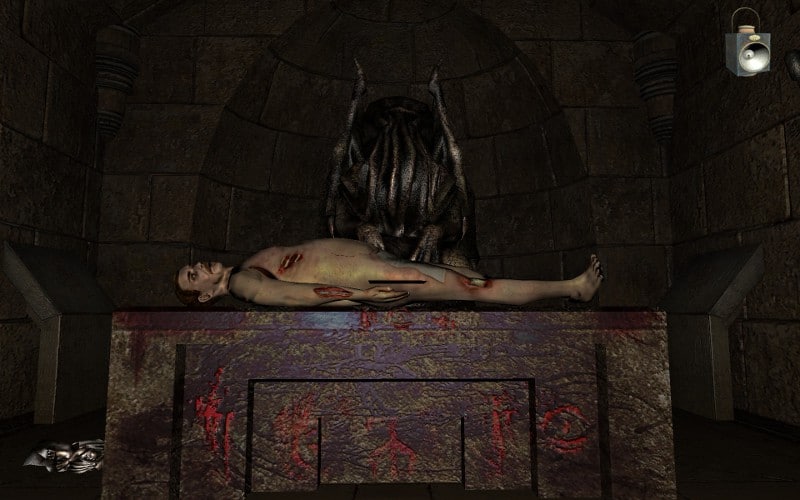 The first game I’m going to look at is Sherlock Holmes: The Awakened. This is by no means the earliest Holmes game, but it is one of the first to put in place a lot of the elements we see today. In this instalment, Sherlock Holmes and Dr Watson are pitted against a C’Thulhu cult, with locations such as a London dock, a creepy swamp, an even creepier mental asylum and a lighthouse in the grip of a storm. The puzzles weren’t the easiest and I found myself reaching for a guide from time to time, but the atmosphere was incredible. You never quite knew if the great tentacled one was real or not. It still gives me chills to this day. Originally the only viewpoint was first-person, but later versions have included the third person view introduced later on in the series.

The next game in the series was actually the first game I played. Sherlock Holmes: Nemesis – also known as Sherlock Holmes vs Arsene Lupin – see the world’s greatest detective against the world’s greatest thief. Again, the original version was first-person only, with third-person added later on, but the main thing I remember about this game was how infuriating it was. The previous game had parts where you had to answer questions by typing in text, and this one had even more! If you got it wrong or didn’t use the exact word you couldn’t progress. The puzzles gave you very little clues as to solutions, with some in particular not making any sense even when you had the answer! Having said that, the locations were amazingly rendered – for the time – and were based on real London locations, including the National Gallery, the British Museum, the Tower of London, and even just looking around them was a treat.

Now we turn to probably one of my favourites of the series – Sherlock Holmes vs Jack the Ripper. This one had probably the most improvements of all. Instead of the question/answer system of before, now we have a deduction board, where clues can be pieced together to learn new information and move forward. New ways of investigating, such as examining bodies or recreating events, add to the experience, and overall the whole game is incredibly well presented, with organ grinders playing tinny music as you walk through the misty streets, and everything is in darkness. Sure it suffers from the occasional impossible puzzle or poorly implemented control system, but it really is a great game and it offers a credible answer to the mystery of the Ripper. Definitely play this one even if you don’t play the others.

Next comes one of the darkest entries in the series. The Testament of Sherlock Holmes is told from the point of view of children who find one of Dr Watson’s unpublished journals. Unlike Jack the Ripper, this game does not shy away from showing the full gory details of the bodies you find. Holmes has undergone a redesign as well, becoming more sinister in appearance. This ties with a story that actually has you doubting Holmes’s actions and motives. Some of the mechanics of the previous game – most notably the deduction board – are still present but this one is all about the man himself. There is more in the way of action sequences here as well as the usual puzzles, which give a new dimension to the series. It also has one of the most unique endings of any Holmes story – whether game, book or film.

And now we come to the point where everything changes. Crimes and Punishments is a new direction for the series in almost every respect. Instead of one big story there are a number of individual cases – six to be precise. Instead of a board for deduction you go inside Holmes’s mind. There are also new elements such as observing a suspect for clues and using those clues in conversation, there’s detective vision which lets you scan surroundings that little bit closer, as well as imagination which lets you recreate events. One of the main differences is that instead of a first person view or third-person fixed camera view, you have a completely free camera third person perspective. There is also the odd quick-time event and, most important of all from a story point of view, you have the ability to not only decide who may be guilty – rightly or wrongly – but you can also choose the punishment, whether to condemn the criminal for his crime or to be more lenient. Most of these elements would reappear in the next game – the Devil’s Daughter.

Finally we come to the latest entry in the series – Sherlock Holmes: The Devil’s Daughter. Again the game is split into separate cases – almost episodic in fact – although this time there is more of an overarching story linking them together as we meet two new women in Holmes’s life – his pretty new next door neighbour and a little girl. The main story of the game concerns these two characters and their connection to Holmes and to each other. There are a lot more action sequences in this game – some infuriating, some not – and accordingly Holmes and Watson have been made younger. A lot of the mechanics introduced previously are here – deduction, observation, imagination, detective vision – but overall the puzzles seem to be simpler. It’s still hugely enjoyable though, even if some of the longer sequences outstay their welcome, and there were moments where I genuinely didn’t know who the guilty party would be right until the end of the case, and the ending of the game itself was certainly memorable. I for one can’t wait to see where the series goes in the future.