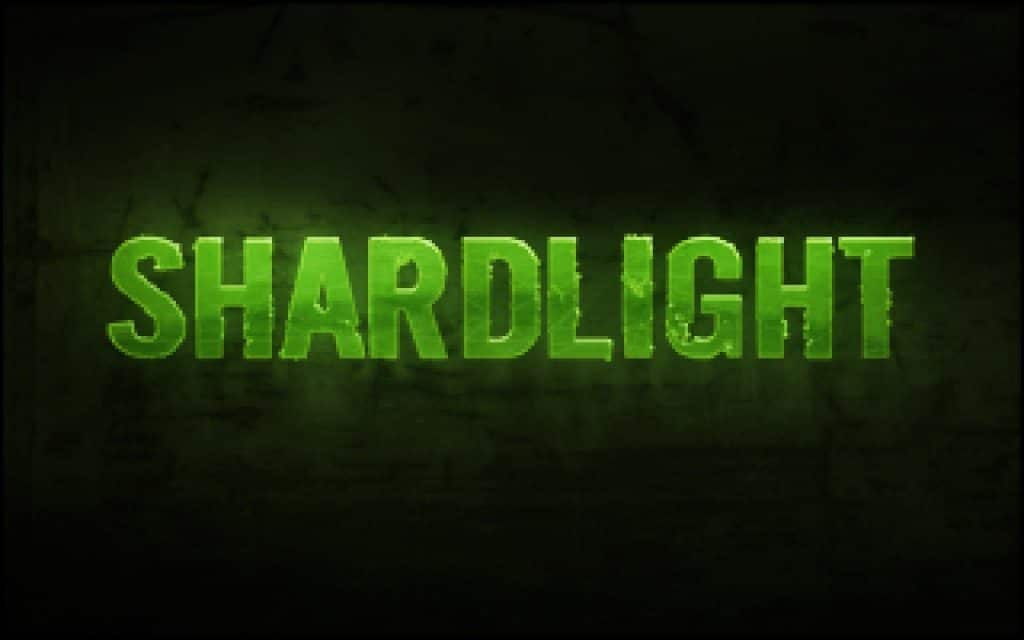 Shardlight is the latest release from Wadjet Eye Games, developers and publishers of the acclaimed Blackwell series. I recently had the chance to play a press version of the game for review. As you may expect, it’s a point-and-click adventure game. However, if you’re also expecting an experience and story like Blackwell – as I was – then you’re in for a surprise. To put it simply, this is nothing at all like Blackwell.

Shardlight is set in a post-apocalyptic America. After the Third World War nearly all of civilisation has been reduced to rubble. The inhabitants of this new world have been divided into two factions – the Aristocracy, comprised of the rich and powerful, and everyone else, trying to survive scraping together what food and necessities for living they can. The Aristocracy rule with an iron fist and any dissidents are ruthlessly put down.

If that doesn’t tell you what sort of game this is going to be then there’s more to come. Out of the fallout and radioactivity of the last war a new plague has arisen – Green Lung. Contagious, infectious and usually fatal, the only means of treating Green Lung is through a vaccine. And, of course, the vaccine supply is controlled by the Aristocracy as their primary means of keeping the population in check, doling out small doses only occasionally to the lucky few who can procure a lottery ticket by performing dangerous jobs. It’s a bleak, bleak world. And the first few minutes of the game show you just how bleak it is.

The main character of the story is Amy Wellard, a mechanic by trade, who is forced into a life of scavenging and taking lottery jobs to try to gain some of the precious vaccine for herself. She is infected with the deadly Green Lung plague and knows she has only a short time to live without treatment. She is drawn into the conflict between the aristocracy and a resistance movement who want the cure for Green Lung to be available to all.

This game has the most complex characters I’ve seen for a while. There are no entirely good characters and no entirely bad characters. The Aristocracy hoard the vaccine but do it out of a desire to maintain order. The resistance want freedom but are willing to engage in acts of terrorism to obtain it. Even Amy herself ends up performing actions that are morally dubious at best and outright unethical at worst. It’s these shades of grey that help to make the story so compelling. Everyone is out to survive, the question is what will they do in order to survive?

I’ve already mentioned about how the world is bleak, but the reality of it doesn’t set in until you examine the details. Everywhere you go you see corpses – some ancient, dating from the time of the war, others more recent, victims of the plague. Children sing rhymes of the Reaper who will come to take their souls. In one scene, Amy can play with a skipping rope, singing nursery songs from her childhood – all of them about disease and death. Nearly every building has been reduced to a ruin, with only the Aristocracy having anything approaching comfort and luxury.

The bleakness even extends into the dialogue. I’ve played through the entire game and I don’t recall one single humorous line. Not one joke or wry observation. There are one or two pranks you can play on certain characters but they fall flat pretty quickly. No one is under any sort of illusion about the lives they lead and the world they inhabit. There is no hope anywhere. Even the music, which is incredible, is sombre and mournful as you look over the last remnants of humanity.

The puzzles are very well thought out as well. Sure, there are the requisite “Use Item X On Object Y” in abundance, but for the most part these feel very natural. I was only really stuck once or twice, and the solution presented itself in fairly short order. There are other puzzles as well, requiring you to manipulate the environment in some way. These are quite clever and half of the task is figuring out what it is you’re trying to accomplish. I never felt that they got in the way though. They seemed an integral part of the world and the story.

There are some genuinely shocking moments as you progress. The game retains the retro-graphics style that Wadjet Eye is famous for using, especially in the Blackwell series, but even then it regularly pulls off moments that leave you wondering if you really did the right thing. It could even be said that if the graphics were more on a par with, for want of a better term, “modern” standards, the situations in the game would warrant a higher age rating! The developers have done a really top-notch job of conveying the emotion, depression and sheer hopelessness of the setting.

To sum up, this is one of the best adventure games I have played in a long while. Everything about it just works – the characters, the world, the music, even the various puzzles and interactions – they all just fit together so well. I really had no idea where the story would go or how it would end up, but I am more than satisfied with where it went. If you like deep stories with complex characters, or you like stories of survival against seemingly impossible odds then I cannot recommend this game enough. I’ve already told everyone else here at FinalBossFight to get it. It really is that good.