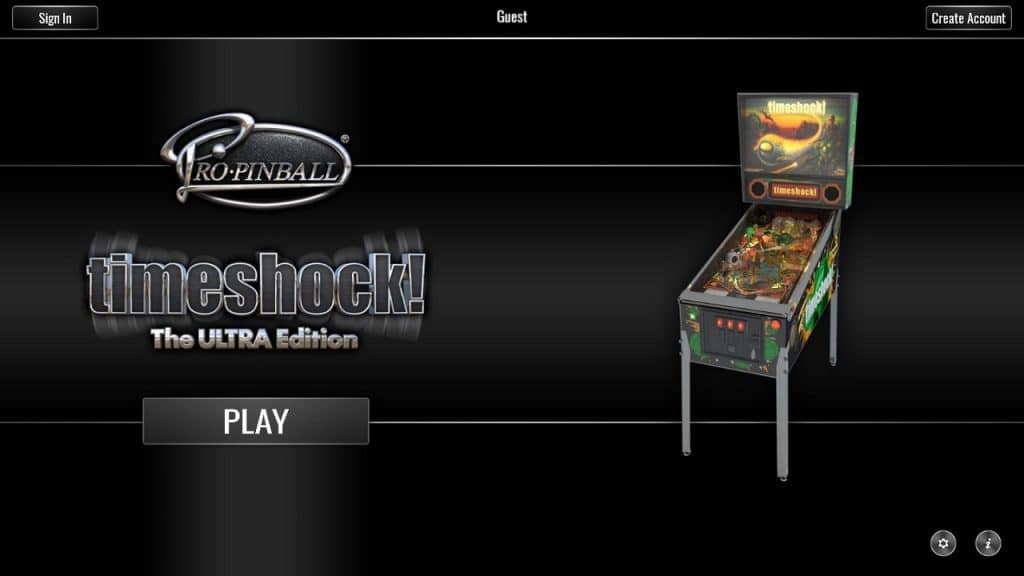 (This is a preview of an early access game)

A long time ago, back in the days of the 486 computer, when 80ghz was the height of processing speed and Doom was a widespread shareware game, I was a great fan of Epic Pinball. This came into my life as another shareware game with one table – the famous Super Android table – and previews of the other tables. As I was but a small child, my father bought me the full game. Three 3 ¼ inch floppy discs containing a grand total of twelve – yes twelve – distinct and unique tables. I played all of them for hours on end. My absolute favourite was the Excalibur table with its awesome soundtrack. Seriously, look it up on Youtube.

The arrival of Windows 98 brought to the general public a different pinball game. Just one table this time, but what a table it was. Space Cadet found its way into the hearts of many people who were only used to Solitaire and Minesweeper. Other pinball games have come and gone over the years and now a new challenger has arrived. Pro Pinball Ultra by Barnstorm Games promises the best ever physics engine with amazing realism.

So I booted it up, pressed the relevant buttons to start the game, and immediately hit a problem. I had no idea what the controls were. From my previous experience, left shift and right shift were the flipper controls and space bar was used to launch the ball – you would hold the button down to get just the right level of power behind the shot. Well the flipper controls still work but space bar just tilts the table. Quite a bit of trial and error revealed that the S key is used to start the round and the Enter key launches the ball. No holding down, just a quick press and away you go.

Much later, I discovered a button tucked away in the bottom right of the title screen which not only lists the controls, but also the storyline for the table (really?) and rules for the various goals and objectives. All well and good but it automatically scrolls, so if you miss something you have to wait for it to come round again. Why this couldn’t just be paged text is beyond me, and why this information wouldn’t be available in the in-game options menu is something I can’t get my head around.

The actual pinball game itself is pretty much exactly what you’d expect from a pinball game – you launch the ball, control it with the flippers, hit things and get points. You get given various things to do, such as send it up ramps or hit buttons, and eventually the ball drops out and you get a final score. As far as it goes it’s fine and can even be fun. As for the amazing realism and physics engine I can’t really speak to that as I’ve never played a real pinball table beyond a small toy version and that only had bumpers (good times!).

Another feature that had me puzzled for a while was the option to remove the glass from the table. Other than making things clearer to see I didn’t know what it was for. The message that scores would no longer be recorded had me thinking that there was more to it and I eventually found the answer. With the glass off you can grab the ball with your mouse and move it around the table manually, triggering the events and objectives literally by hand. What? Why?

Looking at the various Steam discussion threads this game seems to have a very positive reception. Although it should be said that the majority of the users saying this appear to be pinball enthusiasts, all eager to see how the various features work together. One even said that it’s not a game, it’s a simulation, although what the exact distinction is in this case eludes me. It seems to be aimed at a very niche market. Every one saying they would be willing to pay the stated price for this game – sorry, simulation.

And that brings me on to my final point. The price. This is a pinball game currently consisting of one table. Other tables have been suggested as DLC by the developer – he even stated that the existing table may be DLC, although what that means you actually buy in the base product becomes a bit of a mystery. Anyway, the current price is £9.99. Now call me whatever you like, but for £10 I would have expected at least two, possibly three or four different tables. As it stands I find myself getting bored very quickly. Sorry but I don’t think I’m the target market for this game/simulation.

Next: L – The Polygons Strike Back