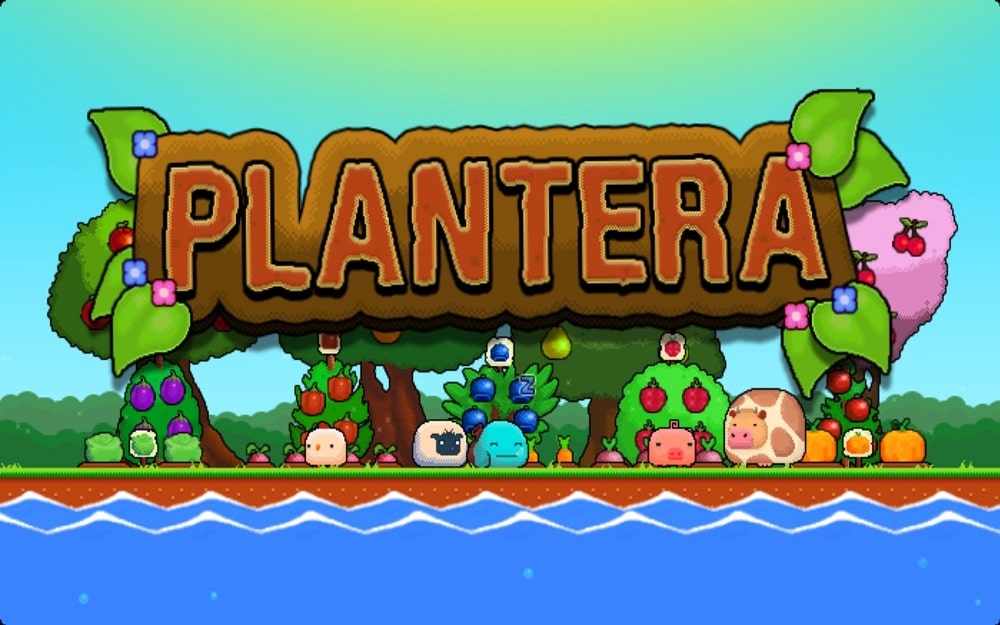 Clicker games, for me, are a welcome distraction from the tube grind. You log in, upgrade a few things and then go and check slack. They are perfect jump-in-jump-out toilet time entertainment.

Recently though, clicker games have been enjoying relative success on the Desktop, particularly with streamers wanting to fill some idle when in a game lobby. Clicker Heroes for example has enjoyed plenty of airtime on Twitch.

The clicker formula follows a simple rule – click large thing to get currency, spend currency to allow you to either click for more currency or for DPS to automate the process. Levelling up to the point where scientific numbers are required to accurately display the amount of currency or damage you are doing and the game exponentially ramped up the costs, lifebars and other numbers ad naseum until you get bored and reset, often with perks for doing so to allow you the reach a new zenith of clikerdom.

Plantera does away with the ‘click big thing, gain coin’ ethos and replaces it with ‘click lot’s of things at the right time’. You start off with a blue helper and enough cash to buy a carrot patch. As the carrots grow they can either be harvested by you with a few taps or your little blue pal will do the job for you. Simples.

So why would you bother clicking if you have the little blue assistant to do it for you. Well here comes another shift from the norm. Out of nowhere a critter might appear to take some of your heard earned veggies, robbing you of the gold you’d gain. You can dispatch the bugger with a click or two, but it requires you to pay a bit more attention to the the game. As your garden grows you get more plots, then bushes and then trees – each ’space’ in your garden allowing for one of each and as you pick crops you level up – eventually gaining more plot spaces – requiring you to scroll to keep an eye out for the thieves.when you have several plots and a few animals it can become a little hectic as you scroll around to keep out the various foxes, moles and birds trying to rob you – it’s simply mesmerising and actually quite enjoyable.

It’s a nice change from the other clickers that I’ve expereinced. Being in beta you can see the obvious rough edges – there needs to be more tooltips and guidance – and there’s probably not enough stats or features for those that want to meta-game and optimize – I but don’t believe that’s not the target audience – Cookie Clicker and Clicker Heroes have that market collared and there are extensive Wiki’s and calculators allowing you to extract the maximum out of your clicking experience.

No, Plantera, on the surface has less of the stats and more of the cute – and its a good looking game with an Amiga era pixel style and fitting music (that’s a tiny bit repetitive) and there is so much potential for features that would set it apart from the status quo clicker, adding in a day / night cycle, seasons, weather – each with their own bonuses and monsters would add welcome variety to the game (if it’s gonna happen you heard it heard first!).

It goes without saying that this game is destined for Mobile, and with it micro-transactions – the style, UI and scale of this game is done with mobile right at the front of the developers mind if I would suggest one thing on that front developers, please make whatever you are planning fairly priced. Clicker heroes ‘ruby’ system for me, is priced a bit too high for me to consider it good – I’m sure you can learn from this.

All in all, it’s a great little distraction piece, and expands on the clicker genre enough to maybe be a turning point in the genre – I’ll be keeping one eye on how this develops.