Someone get that flute off of him! 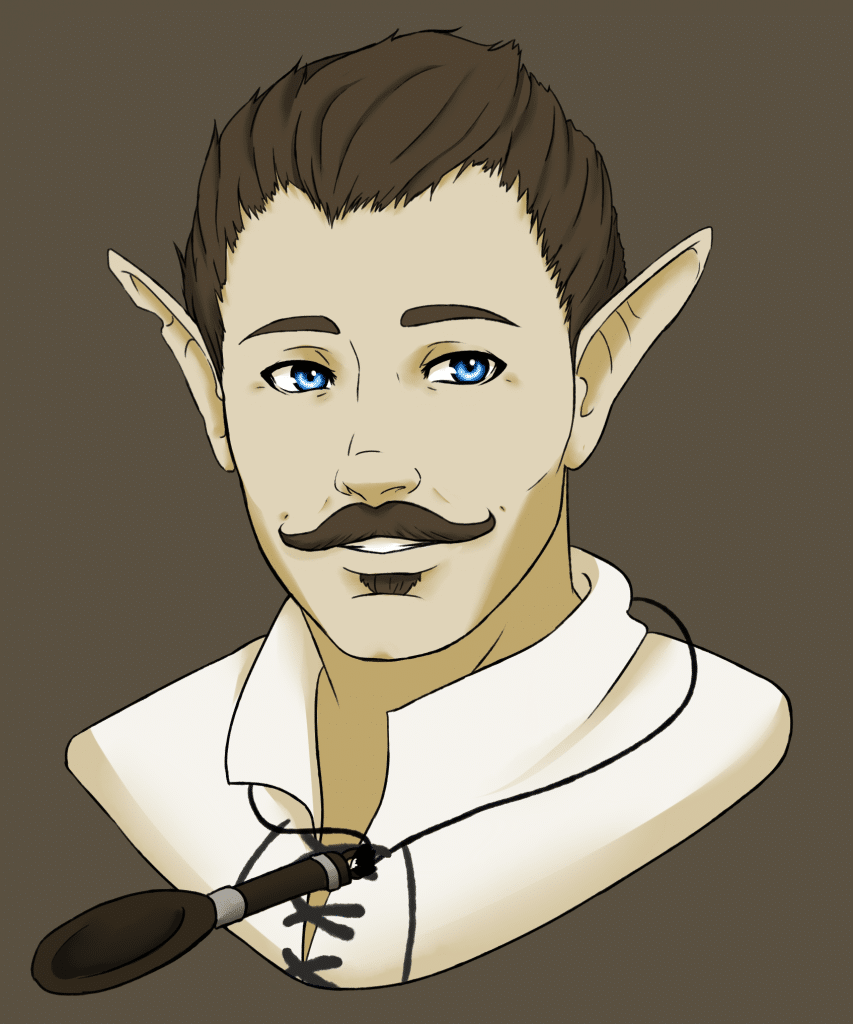 GM Notes: A few weeks ago I thought it would be interesting to see what music people thought fitted their characters in my DND games and so I present to you a hopefully weekly article featuring the playlist of each of the characters. This week, thankfully not playing these songs on his flute is Riardon the Drunken Monk.

When I fight, it might seem like the drunken stumbling of a sailor fresh from the tavern, but to me its a dance. It was how I was trained by Master Ko. She would play a song of her own creation, but it was very similar to this song you know as Caramelldancing. It had two uses, it trained us to use every beat with precision, from a well-placed foot to a well-placed punch. but also due to our style no one knew we were training so our secret method stayed exactly that, a secret. Now when I go into battle I listen to his songs in my head and use the beat to dance around the battlefield and dominate my foes.

This song speaks to me, it reminds me of my early days, when we were nothing more than a family of farmers. My father didn’t have any aspirations for politics, life was simple back then. Until my “gift” came to light. I had been out exploring with my brother Aelar, I had been careless and slipped, I landed on my head. For a short period I was unconscious, being dragged back home by my brother. As I began to come to, I heard him, the first voice I would hear in this respect, he gave me orders and I followed and I was safe. Well, this isn’t about that. I told my father about what had happened and what I could do. After many tests and many, many voices it was decided that i was special, my father used that to become a politician, a successful one at that. I was used, nothing more than a tool. No friends, not really except for my brother and that old man’s voice that helped me. I saw the darkness of the world, and I felt the darkness of the world. I still thank the day Aelar tricked the family so that I could go on another adventure, where I would find the spoon and my freedom.

I chose this song, very simply because it is a great symbol of the reason I keep the voices at bay. The majority of the voices that I hear and the things I see would seem to be connected to the world we know. All apart from two, one is the old man, when I hear him he is very calming and helpful, though I also have never seen him as I do the others, he is always a construct of shadow in a roughly human form. Then there is the other one, all I can say about him is that he is very compelling, he has no form, but he also appears to be ambitious. You see what makes these two voices particularly different is that I can have actual conversations with them. And his ambition is to literally set the universe on fire and he wants me to do it. the scariest part is that he is so compelling that i have thought about doing it.

You Raise Me Up

This one is rather simple to explain really. I always try to seem like a happy and upbeat person, it helps me to forget the darker side of life. but one great part of my being is the people around me and my friends. I see the beauty, the power, the very essence of life flowing through them. Just by being with others it gives me the strength to do what usually I couldn’t. For my friends, I would sacrifice myself, for my friends I would fight the gods themselves. For my friends, I would do anything because they give meaning to my life.

As much as I am corrected, I have never (and I fear never will) understood the world I live in. I feel like an outsider watching everything through a screen. I am connected to everything around me but I feel so disconnected, constantly trying to reconnect to the world that I don’t really feel a part of.

As a Monk I have been taught to accept life for what it is and that the balance of life is important. I found this a very profound teaching, so too I see the world with balance in my eyes everything has a place and reason. Everything but myself, every creature has balance, but I have turmoil, even Ko told me that. I had listened to the voices for so long, that I no longer knew what was my intention, my nature, my life essence, or just the suggestions from the voices. In a moment of deep meditation, ensuring that I was sober, I tried to call the voices forth an effort to understand. what I heard was very similar to this song, but I couldn’t tell you which voice was singing what part, but I know it was the two different voices.

Get back up again

When I first set out into the world, I was quite rightfully nervous. I had spent a long time meditating on it and praying to the sleeping god’s shrine that I had made in the woods. Then I talked to Master Ko, She understood what I was going through. She told me of the pride she had felt for me, and that it was the only thing I had left to do. We talked for hours about where I had come from, venturing to the temple with my brother Aelar. How on that day, I had come to run away, that I had thought that the temple was abandoned, how I begged her to let me stay and how she agreed on the condition that I do exactly what she told me to. I told her the truth about some matters like my enemy Adam, and how he wasn’t that bad or as much of a threat but a good reason to escape the family without hurting them. “That is why you will get back up again.” I didn’t understand at the time but after training, I think I get it, those close to me give me power, and for them, I will get back up again from anything.

I was once asked what my sexual orientation was. I said “I don’t think I have one. Do I really need to label myself like that?” They didn’t respond, which left me as confused as I had begun. But in an effort to help anyone who might be wondering I shall say this here. I am a virgin, not by choice I just haven’t found anyone who has sexually excited me. everyone is beautiful in one way or another, but I have never felt sexually drawn to people, I am more interested in the inner being. in order to explain, allow me to tell you of the closest to love I have ever felt. On one of my ventures, I came across ruin, my curiosity peaked I went to look. Inside there was a goblin in the corner, she was cowering and shaking all over. with my guard up I entered ready to fight, as goblins had always been quite hostile in my experience and usually in a pack. But as I entered nothing apart from her trying to defend herself. She was abandoned and badly injured, feeling pity, I went and did my best to apply first aid, as she attacked me feebly. She ran out of energy and collapsed. I knew there wasn’t anything else that I could do to help her so I made a fire and watched over her. Well to cut a long story short we became travelling companions, she had beautiful being, and she apparently had been quite taken by me, but I hadn’t realised. She took us to bonded by love and wanted to marry, I didn’t understand and rejected her. She left me saddened, It was only after she left me I realised how much I needed her.

What a Wonderful World

Well, this is simple enough, It’s just the way I see the world, and the reason why I will defend the world with everything I have.

I am told that everyone generally has a dream, an ambition to achieve. I don’t know if perhaps I am content, but I have never really had a dream as such. of course there are things that I would like to do, but nothing that could be constituted as a dream, maybe a target. Instead, maybe I have that I am always trying to find the challenge. I find no more thrill than when I go up against something, that I really shouldn’t. There’s nothing like trying to run faster, to fight harder, to connect better. To have a dream to me is to say there is an end, whereas I aspire for no end and I long for the next challenge to conquer.

I know that this is the eleventh song out of ten, but these lists are meant to be symbolic, well I always give more than I am expected to, to give less is pointless. As for the song though. One of the first things Master Ko gave me, before clothes, before food, before any training. She gave me a flute, she told me that there is a song inside you. You will never really understand yourself fully until you can play your song. It may take years beyond years to master it and find it, but keep playing. The funny thing is that when I meditate now, I can hear my song within, a beautiful sonnet of nature, the beat of life and my instrument brought to life by my breath. Many a time I have given up on my song, a few times I have thought that I had it but then lost it. I remember the first time I broke the flute, by accident of course, with great shame I took it to Ko. She smiled and laughed, handing me a flute she had just made, she told me “the flute is only a thing, it only has a life when you give it, therefore the soul of the flute lies within you.” This song you hear now isn’t the song I hear in my meditations but it is close. 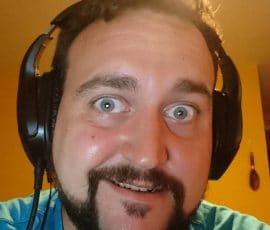 Awesome Voice Over Artist with a smooth voice.

Next: When Riardon Met Grossa